Online Radio Station, based on the South Coast of NSW.

Surf forecasts for beaches all round Australia.

For conditions at a beach near you see the drop down boxes at Gone Surfing.

Friday 11th September, 2020
From Newcastle and Sydney south, we’ll see short-period easterly swell dwindling over the course of this weekend. That follows a high pressure system burgeoning over the southern Tasman Sea; simultaneously shunting the ESE fetch further north while exposing the southern half of the NSW coast to a weaker, close-range NNE flow. That definitely points to a small and weak combo of East and NE windswell in the water; probably struggling to qualify as 1 to 2ft across the more exposed beaches by Sunday and Monday, while grading closer to 1ft across the majority.

Minor ENE swell on the long-term horizon: We’ve seen a further degradation of long-term east-swell potential for the region into the middle of the month. As the aforementioned high will weaken as it shifts out across NZ’s North Island over the weekend, leading in a progressively weakening of the sub-tropical ridge. That now points to small to tiny levels of ENE tradewind swell, lingering around the 1 to occasional 2ft mark at the more exposed open beaches on Monday, Tuesday 15th and Wednesday 16th – and grading even smaller across the majority of open stretches.

The good news is we’re still looking at a more substantial round of south swell moving up the NSW mid to late next week. A deep mid-latitude low forecast to shift deep below the Tasman and NZ on Monday and Tuesday; setting up a broad WSW/SW flow in conjunction with a high over the eastern Bight. That looks like commencing with a steep rise in short-period, directional south swell on Tuesday 15th, backed up by small to mid-sized, long-period southerly groundswell on Wednesday/ Thursday 17th .

These later-stage developments are starting show a little more promise, with scope for long-period energy pulsing to powerful, but inconsistent 3 to 4ft levels across the region’s south-swell magnets on Wednesday and Thursday. Given the lead-time on the swells development we can expect further changes to the specifics on size and timing over the coming days – so this will become clearer on Monday.

Beyond that, the fringes of longer-term model guidance are hinting at a significant burst of northerlies developing across the western-central Tasman Sea over the weekend of Saturday 19th – stay tuned for more on this next week.

Breaking: The WSL Will Finish The Margarets Event At Ululwat 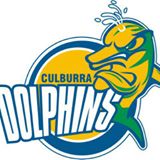 The latest weather for culburra beach

Longest Wave Ever Ridden at Uluwatu??

There are no upcoming events.